SUB’s services are provided under the direction of five Springfield citizens who are elected to four-year terms and serve without pay. Rates, policies, and procedures for each of SUB’s services are formulated and adopted by the Board. These policies are on file at SUB’s main office and are available for public review.

Customers can reach Board Members at the individual emails provided, which they check weekly. To submit comments to the Board for the virtual Board meetings, please CLICK HERE to submit your message. 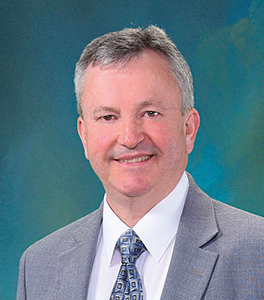 David Willis has had the opportunity to serve on the SUB board for over six years. During his time of service he has fully participated in many educational opportunities, leading him to become more knowledgeable about power, water, and fiber. He has represented SUB and their clients in Washington DC, Salem, and Springfield. He brings a history of civic engagement through his involvement in both the Eugene and Springfield Chambers, Springfield Youth Day of Caring, and Springfield Twin Rivers Rotary, as well as working on welfare issues for his Church. He tries to apply his business and financial skills from his more than 30 years as a State Farm Agent, and his experience as a  former Certified Financial Planner.

David is married to Peggy and their youngest son is a graduate of Marist High School. They have a daughter and son-in-law who live in Springfield with a grandson at Thurston High School and a granddaughter studying at Agnes Stewart. Their other daughter resides in Texas with her family, while their other son, who serves in the U.S. Army and who served in Afghanistan and Iraq, is awaiting his next assignment.

As a longtime business owner and lifelong resident of Springfield, Robert cares deeply about our community. He has served on many local Boards, including the Springfield Chamber, Springfield Rotary Club and Springfield Education Foundation. He is also a past recipient of the Chamber’s coveted Business Person of the Year award. Included among his many leadership positions is Robert’s service on both the Lane County and SUB budget committees. He has served on the latter since 2003 and applies a fiscally conservative approach that balances the need for clean water and reliable electric service with affordable rates. Robert is married and he and his wife have two children.

A retired attorney, John has lived in Oregon for much of his life, and in Springfield for the past 40 years. Along with owning his own law practice, John served as legal counsel to the state senate’s Committee on the Judiciary and as Deputy District Attorney in Multnomah County. In Springfield, John has dedicated much of his time and leadership skills to the community, serving on the Board of Directors for many local agencies and companies, including the Springfield Academy of Arts and Academics, PacificSource Health Plans, Springfield Education Foundation, McKenzie-Willamette Medical Center, and the Springfield Chamber of Commerce. John is married and has two children.

Michael Eyster, a longtime Springfield resident, is recently retired from more than two decades at the University of Oregon where he served in various leadership positions. Mike has served on many local boards, including Travel Lane County, Lane Transit District, City Club of Springfield and the Springfield Chamber of Commerce. In 2015, Mike received the prestigious First Citizen of Springfield award from the Chamber in recognition of his leadership and many contributions to the community. Mike has a strong interest in economic development and looks forward to collaborating with other SUB Board Members and local entities to serve our region. Mike is married and has a son.

Mark Molina first visited Springfield in 1985 on his way to Germany while on active duty in the U.S. Army. After a decade of military service, Mark returned to Springfield where he continued to serve the public in a civilian capacity. He has been a member of many local civic boards, among them the City of Springfield Budget Committee, Police Planning Task Force, Springfield Area Chamber of Commerce, and the HIV Alliance. Mark is an entrepreneur and recently started his own business: Molina Leadership Solutions, with an office located in Springfield. His wife Abigail has her own law practice, also located in Springfield. In addition to serving via civic groups, Mark also enjoys working with youth and has coached soccer and football through various organizations, including Kidsports and AYSO. He also has been active in Scouting and served as Cubmaster for Maple Elementary and Assistant Scoutmaster for the Thurston scouting program. Mark has three adult children, a school-aged daughter, and five grandchildren.